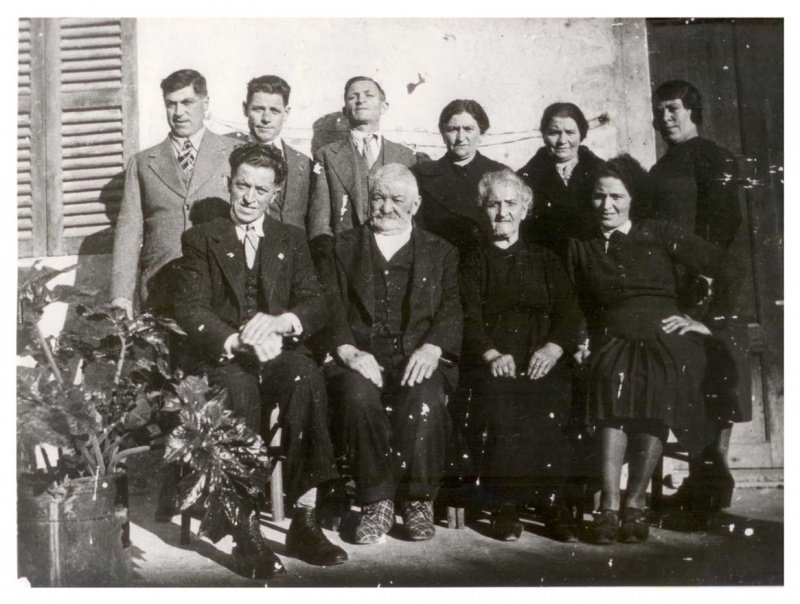 The history of the Pierino Vellano Winery has very ancient origins, more specifically, the first data go back to the fall of Charles V in Italy in the 16th century, when the Vellano family, of Borgognona origin, was following the emperor who had repaid them for the services rendered with lands which were immediately planted with vines. It was then that the first cellar was built, digging in the tuff rock, which was exploited until the end of the 17th century when the second cellar was built, now the home of the SPA Acquavitae.
A third wine cellar was built in 1867 and was soon renamed Cantinone (big cellar), as it was not a single cellar but three connected cellars. In fact, Dionigi Ruggero Damonte, great-uncle of the current owner, had to build it for his three grandchildren who were unable to work in harmony and cooperation.
A few decades passed when, in 1940, upon the death of great-grandfather Maurizio, called Lotu, a large man of 130 kg 1.90m tall, famous for being able to pour wine from a 12-liter bottle into a glass without pouring even a drop, the estate is divided between his 8 children and was greatly reduced in size and prestige.
Only one of the sons, Giovanni, known as Gioanot, decided to continue with the oenological activity which was subsequently expanded by his son Pierino, known as Pierin, who decided in 1961 to move the activity to the new cellar in the valley below. That same year Maurizio, the current owner, was born; he initially embarked on a journey away from the world of oenology, first by opening a software house and then moving on to the autotronics. Returning from long periods abroad, Maurizio, together with his wife Daniela, finally decided to follow in his father’s footsteps and to invest in wine tourism and, therefore, to transform the family business from the only small Cantina Pierino Vellano into Ca’ San Sebastiano Wine Resort & SPA.

During the restoration of the third cellar of the family, the ‘Cantinone’, an Egyptian statuette depicting the god Osiris from the 6th century BC was found. This statuette embodies the link between Monferrato and Ancient Egypt. It represents Osiris, god of regeneration, of the underworld, ruler of the deceased, guarantor of human survival and god of wine. He is represented standing, mummiform, with a false beard; on his head he wears the atef crown and the uraeus and he holds in his hands the symbols of the power of kings: the hekat scepter and the nekhekh scourge.
After various researches it was discovered that the previous owner of the house Perpetual Dionigi Damonte, ancestor of the current one, undertook clerical life, and left for the Middle East and the Holy Land as an apostolic missionary. During his travels, he came to know a curious, ambiguous and fascinating person, Giambattista Boetti, born like him in Camino in 1743 and died in the Solovki monastery in Russia in 1798.
He returned to Italy and became parish priest in the village of origin, he took up residence in the house of Boetti and here he found letters that led him, in 1882, to write a biography. The finding of the statuette of the god Osiris in the house of Damonte is therefore very intriguing: although it is not possible to know if the finding belonged to Boetti or was purchased by Damonte, it is however clear that there was the will to put an image of the lord of regeneration and god of wine, to protect the cellar where the wine itself rested. More likely, Damon had sought help from this Egyptian deity to make the three

No products in the cart.